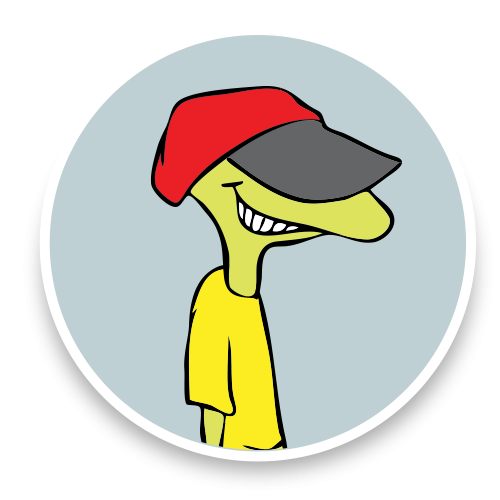 Ah, Scooter here. I'm not really one of the gang, but oh I wish I were. I'm only two years younger than they are but they think I'm much too young for them. Sometimes they stick up for me when I get picked on, and that's great. But I really wish I could be as old as they are—then they'd let me hang out with them all the time!

Here are all the episodes that Scooter is featured in.

It's not fair! Liz has questions about the money he earns, while Lucille questions a test score. It's time for some justice!

A Trail of Lies

Scooter forgets his promise to Liz and Lucille and tells a lie to cover up, but one lie isn’t enough.

A tornado traps the gang in a pile of rubble. How are they going to get out, and why is Lucille acting so strangely?

Down to the Nerves

Liz judges people based on appearances and names. So he's real trouble when he meets Terrene's newest dentist, Dr. Pain.

Liz is feeling like a total failure because everything is going wrong, but Lucille has the perfect solution.

Scooter is Terrene’s best speller. But he’s got one BIG problem: the big stage and the bright lights terrify him. Can he overcome his fear and take the spelling crown?

The Social Media buzz is hitting Terrene! And everyone is on board…except Lucille. She doesn’t see the point, until she meets the website's creator!

Liz and Morrie decide to find Scooter on their own. Do they find him or get lost too?

Liz has lost his phone, and now someone is using it to send strange text messages to his friends. What can he do?

What scares you the most? What do you do when you’re afraid? See how Liz and the gang deal with their greatest fears.

Spike convinces Liz and Scooter to follow horoscopes, so what's Scooter doing on top of a water tower?

Cole has the absolute biggest and best TV in town. How can Liz and the gang possibly do anything but watch TV all day long?

When Liz, Morrie and Scooter do some snooping around in places they shouldn’t be, they discover clues to the mystery of the Blue Pearl. Who was the Blue Pearl?

Liz and his friends eat junk food and then try to train for the Terrene Fun Run.

Is teasing harmless? Things go from bad to worse as Liz, Spike, Morrie, and Scooter all start teasing everyone and end up needing medical attention!

Keep Your Eye on the Comic Book

Let's work together! The Lizarardo Detective Agency needs your help to solve the mystery of the missing comic book.

Random Acts of Kindness are breaking out all over. Who's doing it? And how can Liz discover how to be kind—even when it’s hard.

Terrene’s power has gone out. No television, no X-monsters gaming, and no community fundraising dinner. When the kids complain that there’s nothing to do, Granny sends them on an adventure to Falcon’s Wood. What’s Scooter worried about? And Liz better watch where he’s going!

Scooter’s hero, airplane ace Lonesome Chuckwalla, crash lands into Grandpa’s barn in a storm. And that's just the start of the problems!

Liz, Lucille, and Scooter all try to be perfect—and they all fail. Scooter now thinks that God might just give up on him. Is Scooter right?

Does wishing on a charm make Liz and Spike the most popular kids in school? Grandpa decides to teach the kids a lesson "Elijah style".

Spike may have found a new friend, but there’s one condition: Spike has to sabotage Scooter’s skateboard.

Pie baking for the Terrene Pies R Round Festival is interrupted when someone steals one of the pies. Who is the culprit?

Scooter is determined to win the Terrene Go-Kart competition even if it means a little cheating.

Liz doesn't sleep for days because he is preparing for the big spelling bee.

While at space camp, Liz and his friends accidentally take a surprise trip on a space shuttle!

Scooter hides on the bus so he can go on the 5th-grade camping trip. He’s discovered too late to send him home. But in the morning, Scooter is missing!