1. Luke 18:14 says, “For all those who exalt themselves will be humbled, and those who humble themselves will be exalted.” The opposite of being humble is being proud. It’s okay to be proud of a job well done, and to have positive self-esteem, but can you think of times you’ve felt the bad kind of pride? The kind that makes you think you’re better than other people?

2. King Hezekiah began his reign by serving God. He repaired the temple and led Israel to worship God again by celebrating Passover and bringing sacrifices. However, instead of always putting God first, he slowly started to think that he didn't need God. The Bible says "God's anger came upon him and Judah. Then Hezekiah repented [asked God's forgiveness] of the pride of his heart, as did the people of Jerusalem" (2 Chronicles 32:25-26). Think about the struggle with pride as you listen to this episode. 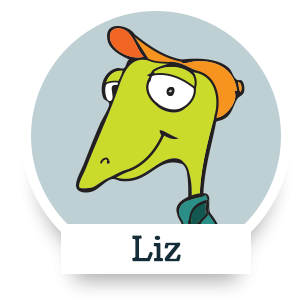 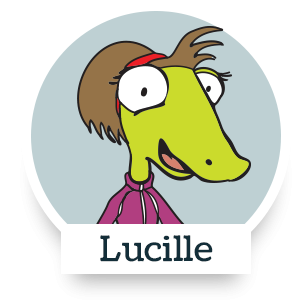 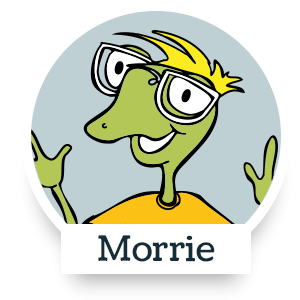 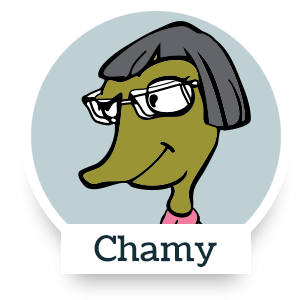 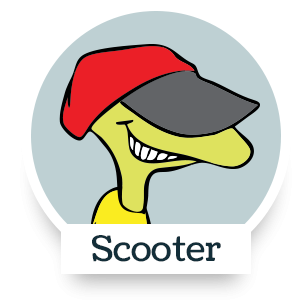 This episode shows us the bad kind of pride, the kind that puts all the attention on making you look good. Instead of being proud, you need to love others and love God, who is the giver of good gifts. Pride is sneaky. As it says in this episode, it’s "like a sunburn." It creeps up on you and makes you think you don't need God. It makes you feel like you can handle things without him, or even better than he can. God hates the sin of pride, because it turns our hearts away from him and away from loving others. Be on the watch for pride! If you realize you’re falling into the trap of being proud, the best thing to do is ask God's forgiveness.

Who is the director of the school play?

What role is Liz given?

What is Morrie's job?

What does Miss Wattle warn Liz about?

Who plays Old Ben when Liz is replaced?

1. Look for someone at school that seems to have poor self-esteem, and find a way to build up him or her. , Maybe you could compliment a talent you see in them. Focus on them instead of on yourself.

2. Being grateful to God and serving others are the keys to battling pride. Find an opportunity to serve those who are less fortunate, such as volunteering to serve dinner in a homeless shelter, distributing coats to the homeless in the winter, or collecting school supplies for needy children.

God's Got You Covered: Stories and Advice about Divorce

This booklet can help you talk about bullying with your family and friends.

Hear this song about God leading you today!

Here's a favorite: What a Friend We Have in Jesus. Enjoy this Kids Corner version.

What Would Jesus Do?

How do you make good choices? Check out this song about doing just that!

You'll Get Your Turn

Don’t get puffed up or swell-headed. Just thank Him for His blessings. When the time is right, He’ll give you a chance to shine.

Sometimes what God asks of us isn’t easy. Meet Noah and his family.

Parable of the Good Samaritan

Jesus told this story about who is our neighbor.

Parable of the Unmerciful Servant

Jesus told his disciples this story about forgiveness

The Story of Cain and Abel

How terrible is sin? Listen to the story of these two brothers, Cain and Abel.

The Story of Deborah

God sent a judge named Deborah to save the Israelites. Listen to her story.

The Story of Esther

Needing courage, Esther is called by God to save his people.

The Story of the Fall

The Garden of Eden was a wonderful place where Adam and Eve walked and talked with God. What went wrong?

It's not fair! Liz has questions about the money he earns, while Lucille questions a test score. It's time for some justice!

A Trail of Lies

Scooter forgets his promise to Liz and Lucille and tells a lie to cover up, but one lie isn’t enough.

Liz and the gang's Clubhouse Theater presents the story of Deborah. Who is she in the Bible? What does God want her to do?

Carats in the Cupcake

Granny’s valuable family ring is lost among 500 chocolate cupcakes. Can Lucille and Liz find it before someone else accidentally bites into it?

When Liz, Morrie, and Spike do something they all know is wrong, they can’t just forget about it. They find out they need to make things right with God and with those they’ve hurt.

End of the World

Liz and Lucille want to win a big prize, and Linda wants a new romance. Is this happening or is it the end of the world?

Liz keeps remembering every mean thing Spike has ever done to him. How can he get rid of this "record of wrongs"?

Spike has a problem with anger. Grandpa uses a hammer and fence to help teach a lesson.

I've Got A Secret

What do a broken window, $300, and a mysterious note have in common?

When Liz, Morrie and Scooter do some snooping around in places they shouldn’t be, they discover clues to the mystery of the Blue Pearl. Who was the Blue Pearl?

What does murder mean? Liz is sure that he’s never murdered anyone, but he needs some help figuring out the sixth commandment on this episode of Kids Corner.

Is teasing harmless? Things go from bad to worse as Liz, Spike, Morrie, and Scooter all start teasing everyone and end up needing medical attention!

Liz has been asked to defend someone who is in big trouble at school. How can he speak up for someone who can’t defend himself?

Liz is having a very bad, horrible week when he loses Grandpa’s antique coin, fails a surprise test, and gets a cold.

Grandpa’s news shocks Liz and the gang. What can Liz do as things go from bad to worse?

The kids come face to face with the worst villain in Terrene history. And one character has a very important decision to make. Does this change Terrene forever?

When Liz crashes Grandpa's tractor, he learns an important lesson about mercy and forgiveness.

Who should Liz choose: a Good Samaritan or the exciting Iguanas? Liz learns lesson in friendship and bike safety.

A new school means new friends, new teachers, and a new challenge—figuring out how they can serve God in this new place.

Liz and Lucille find out that someone has been accused of doing something they didn’t do. Can innocence be proven?

Patrol of the Year

As a member of the Safety Patrol, can Liz enforce the rules without making everyone angry with him?

Pie baking for the Terrene Pies R Round Festival is interrupted when someone steals one of the pies. Who is the culprit?

It’s time for the annual Remembrance Day parade, but what exactly are Liz and his friends remembering? And why is Grandpa so sad?

It's racing season, and Liz and Morrie join pit crew #55. But soon a car wins under suspicious circumstances. Should Liz report what he saw?

Scooter is determined to win the Terrene Go-Kart competition even if it means a little cheating.

Liz unconscious in the hospital? Evildoers planning to destroy Terrene? A mystery in Grandpa’s barn? What can Lucille, Morrie and Spike do now?

Grandpa uses the story of David and Bathsheba to teach his church school class about the 7th commandment and broken promises.

One sin leads to another, and adventures quickly turn to nightmares. As always, little sins grow.

The town of Terrene is in real trouble. Business are shutting down, and folks are moving away. What’s going to happen to Liz and his friends? Can the town be saved?

Liz faces peer pressure and does something he know is foolish.

The competition at the Junior Reptile Olympics is fierce, and when Morrie goes along with Skink to "positively influence the outcome" the kids run into all kinds of problems.

Liz’s game-winning baseball is missing, and Liz knows just who took it. Or does he? Find out on this week’s Kids Corner

The Case of the Silver Coin

Someone has stolen a famous painting from the Terrene Museum and the Lizarardo Detective Agency is on the case. Can Liz solve this latest whodunit?

The Lizarardo Detective Agency is investigating a robbery, and the evidence points to someone the gang all knows. Is he guilty?

Spike has reached his limit with Skink and his bullying. How will he get back at Skink and what does it have to do with the ninth commandment?

The Scales of a Cheat

School is upside down with both Liz and Skink both getting A's. And why is Granny refusing to attend her high school reunion?

Liz has been asked to be a friend to the new kid in school, but the new kid is the most annoying lizard Liz has ever met. How can Liz help this obnoxious lizard make and keep friends?

What’s the big deal about little sins? Why is Liz’s dad so upset when Liz didn’t do anything really bad?

Lucille is acting very weird, and Liz is on this case to figure out why. Who is jumping to the wrong conclusion?