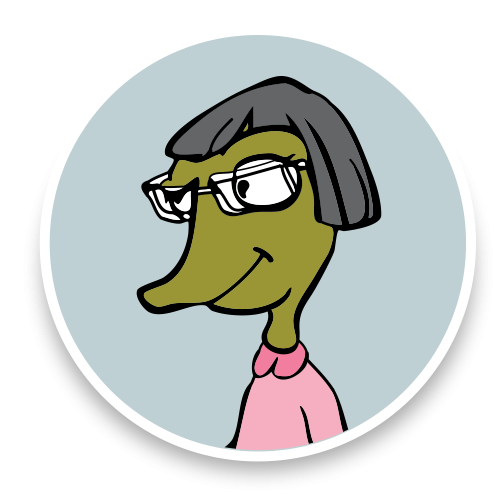 Greetings! My name is Chamy Leon and I'm also in the 6th grade with Liz and his friends. Sometimes they really frustrate me though with their talk of the Bible and God. I rely on science and reason to explain everything. Really! If you can't explain something on the basis of science and reason, then why do it? Why believe in it? If only Liz and Lucille would just listen to me and my superior logic, life would be so much easier for them!

Here are all the episodes that Chamy is featured in.

A Cry for Help

Liz gets an email from Ireland asking for help in setting up an internet radio station. How can Liz help a place so far away?

Chamy chooses to study Liz to discover how to live the Christian life. Can Liz show Chamy how to live out the Bible in all he does?

Liz and the gang's Clubhouse Theater presents the story of Deborah. Who is she in the Bible? What does God want her to do?

It's time for Clubhouse Theater as Liz and his friends present a play about Paul, Silas, and the Philippian jailer.

Chamy is very excited to go to science camp and she is chosen to work with a very important scientist.. But disaster threatens when her friends visit and Spike interferes with the professor's research.

Chamy is desperate to find a solution to her family’s problems. Can Liz and Lucille help her fix things or do they need to stop her before things get worse?

Closer Than A Brother

An extended absence from school puts Lucille on the outside of the circle of girls in her class. She gets picked on and finds that Jesus is a true friend even when others abandoned her.

What’s wrong with Chamy? Why is she crying? Lucille finds out and learns a lesson about being a friend. Also, a special treat: the KC song “Leap of Faith”!

Heroes Part 3: A Hero Stands By

How is Liz going to prove that he is a hero if no one will give him a chance? Liz needs to find a way!

Heroes Part 4: Into the Abyss

Liz becomes trapped. How will he be rescued from an underground tunnel?

Heroes Part 5: Trust in the Lord

Bad news! The rescue workers can’t find Liz and Morrie anywhere! Who will rescue them?

In the Beginning: Part 1

As the school science fair is gearing up, Chamy’s project asks some big questions about the universe that Lucille, Liz and Julia want to answer by proclaiming that God is the God of all things! Spike finds the gang some expert help from a surprising source.

In the Beginning: Part 2

For Chamy, Spike and the gang, the science fair day will be a day full of wonder! But, with a surprise guest, enlightening displays, and a big surprise pop for everyone, the day is not what they expected. And the biggest surprise comes for Chamy at the end of the episode!

When the gang arrives in Ireland they meet Aven, the girl who contacted them for help. But before they even get out of the airport Liz is kidnapped!

Faraway from home, Liz has to discover a way to escape from his kidnappers.

Liz is fishing for the truth about a monster in the lake.

While waiting for the rescue, Liz and the gang remember times when they were mean to Scooter. Will they choose to be nicer when he is found?

Grandpa’s news shocks Liz and the gang. What can Liz do as things go from bad to worse?

The Terrene Gazette's deadlines are looming! Lucille has no time to finish. What choices does she have to make to get things done?

What does a true friend look like? Lucille is trying to figure out "friendship".

The kids come face to face with the worst villain in Terrene history. And one character has a very important decision to make. Does this change Terrene forever?

Liz learns about St.Patrick and makes a decision to share God's word with some special people who need to hear it.

A famous scientist has come to Reptarium Middle School to teach, but none of the kids can figure out what’s happening in the classroom. How will the gang respectfully talk to a teacher when he is the problem?

Does wishing on a charm make Liz and Spike the most popular kids in school? Grandpa decides to teach the kids a lesson "Elijah style".

Chamy unveils her latest invention. Introducing the Positronic Affirmation Transmitter! Will it solve Chamy’s latest problem? And how exactly does it mess up Liz’s batting practice?

Liz decides to start an internet radio station. But he doesn’t want any help from his friends. Soon he finds out that running things alone isn’t all it’s cracked up to be.

Liz unconscious in the hospital? Evildoers planning to destroy Terrene? A mystery in Grandpa’s barn? What can Lucille, Morrie and Spike do now?

Grandpa uses the story of David and Bathsheba to teach his church school class about the 7th commandment and broken promises.

Liz has a plan to get a good grade without doing any work. And Lucille avoids an opportunity to tell Chamy about her faith.

The town of Terrene is in real trouble. Business are shutting down, and folks are moving away. What’s going to happen to Liz and his friends? Can the town be saved?

Liz faces peer pressure and does something he know is foolish.

While on a camping adventure, Liz and the gang must face their own fears of braving the wilderness. Are those “things that go bump in the night” a bear, an owl,or some pranking friends? Who will win the battle of bravery, and who’s a scaredy-cat?

Whose approval is important? Liz finds out when he’s invited to join the most exclusive club in school.

Liz and his friends travel back in time and see the events after Jesus’ resurrection. Experience for yourself how our Savior conquered sin, death, and Satan for us all on this episode of Kids Corner.

Why are Liz and Spike not friends any more? Why is Lucille so miserable? Who's behind all this?

While at space camp, Liz and his friends accidentally take a surprise trip on a space shuttle!

How do people deal with loss? The kids are saddened when a death occurs in the Terrene community. At the same time, Lucille has to say goodbye to a favorite aunt who is going to do far away missions. How do you say goodbye?

Liz a wedding planner? Lucille a bridesmaid? Can Liz and Lucille get the gang working together in time to give Olivia and Roger a special wedding gift?

Liz gets the band together to play a new song he's written. But what's getting in the way and ruining everything?